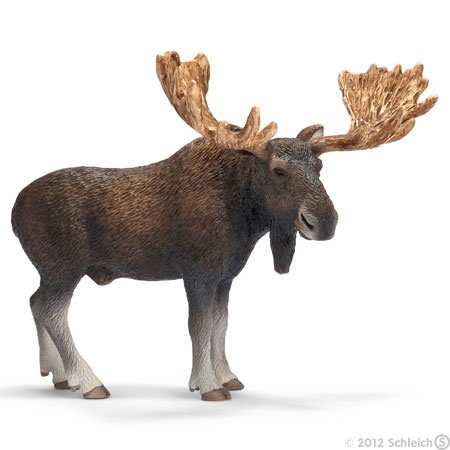 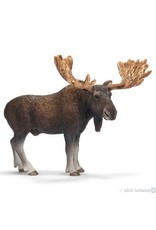 Moose's antlers fully grow within three to five months, making them one of the fastest growing organs in animals.

Known as elk in Europe, moose are the largest of all the deer family. These large animals have elaborate forking antlers and long dark brown hair. They live in northern forests where alder, aspen, and willows abound. Moose are particularly well adapted to cold weather and prefer to live where summer temperatures don't get any hotter than sixty degrees. They eat newly grown leaves, as well as the tips of twigs. Their twelve sets of broad teeth at the rear of the mouth, six pairs of molars and six pairs of premolars, help them grind up even the toughest woody plants. Their rutting (or breeding) season lasts from early September to late October. Each year during the rut they lose their antlers; they then re-grow another set during the winter that follows. Most of the year, moose stay away from people, but during rutting season they've been known to charge people, cars, and even houses!