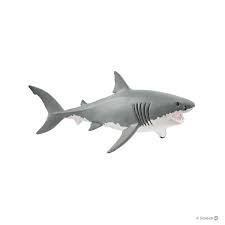 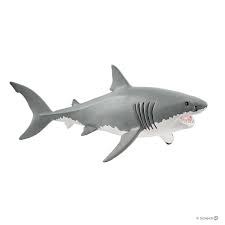 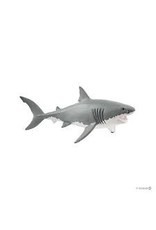 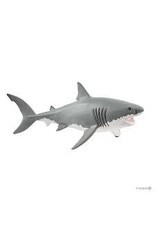 Great white sharks have a revolving set of teeth, which means used teeth are replaced easily.

This deep-sea predator, that can reach a length of up to nine metres and weigh more than two tons, feeds on fish, pinnipeds, octopus and turtles. Females are generally larger than males. Great white sharks are not only the largest hunting sharks; they also rank among the fastest fish in the oceans their streamlined body allows them to swim up to 32 kilometres per hour. When catching prey, these sharks precisely attack with roughly 50 triangular teeth. With one snap, great white sharks are able to devour 14 kilograms of food. Older teeth that are blunt are replaced by new ones that are as sharp as a razor blade. Great white sharks are loners. They can travel more than 65 kilometres a day and can reach over 40 years of age.