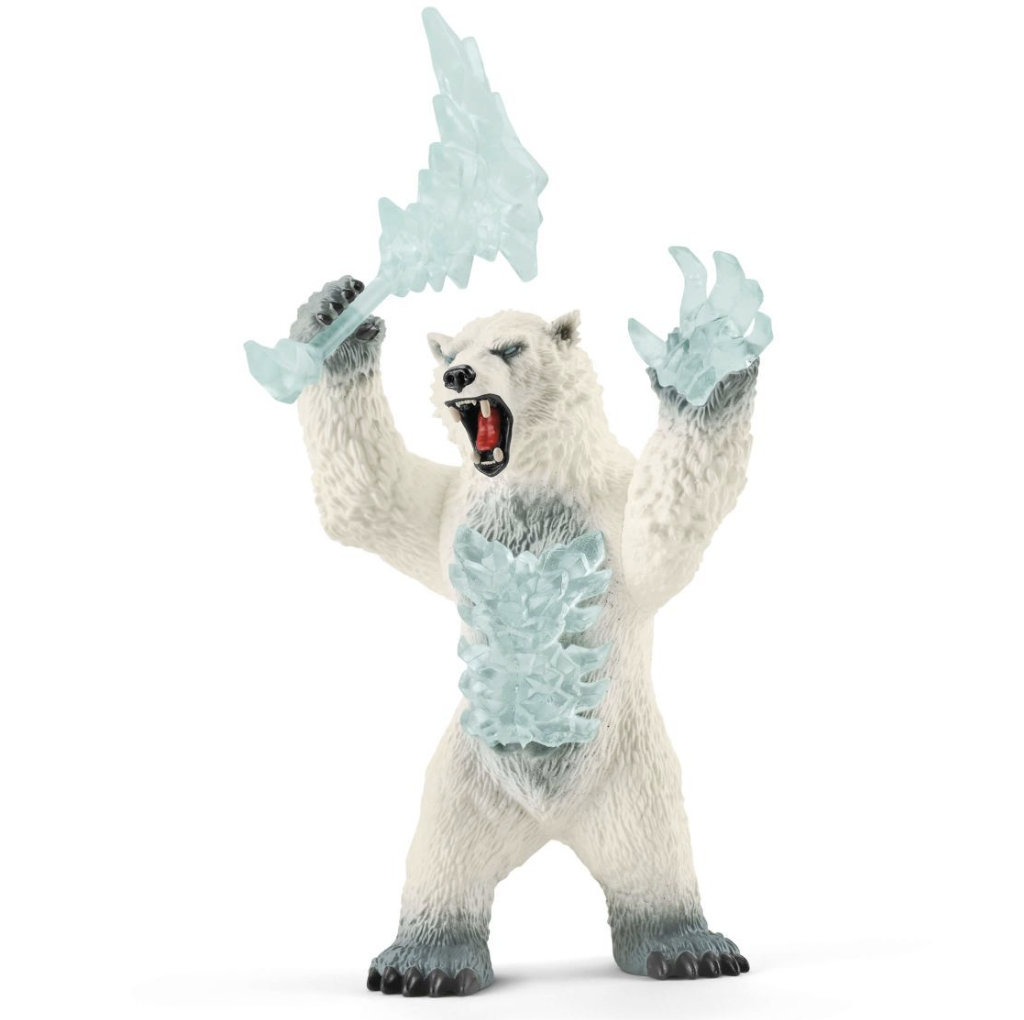 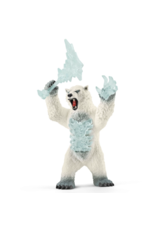 The blizzard bear by Schleich® Eldrador® Creatures freezes his opponents in fear: Anyone who ends up in his movable arms comes into contact with his ice-claw. The polar bear's favourite weapon is a magic ice pick: It can be used to trigger a violent storm of ice particles that sweeps enemies away. The bear is also well protected by his robust breastplate made of ice.
As strong as a bear and cold as ice: The blizzard bear by Schleich® Eldrador® Creatures uses several weapons to keep invaders off the ice. Firstly, he is a master of camouflage: With his snow-white coat, the polar bear blends in perfectly with the ice world environment – and takes his enemies by surprise. Anyone who cannot run away fast enough will come into contact with his strong, movable arms – trying to escape is useless! One of his powerful claws is made entirely of ice - with one touch he can freeze his opponents! If an enemy escapes from the gigantic blizzard bear, he reaches for his secret weapon: A magic ice pick. The bear can use the ice pick to create a monstrous storm of countless ice particles, which sweeps opponents away as if with an icy wind. Attacking the blizzard bear is virtually pointless: His icy breastplate can withstand any attack!