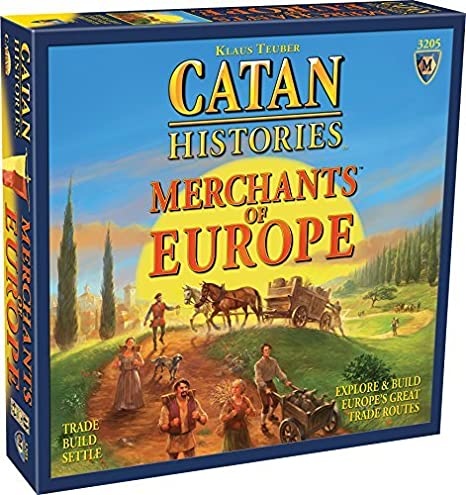 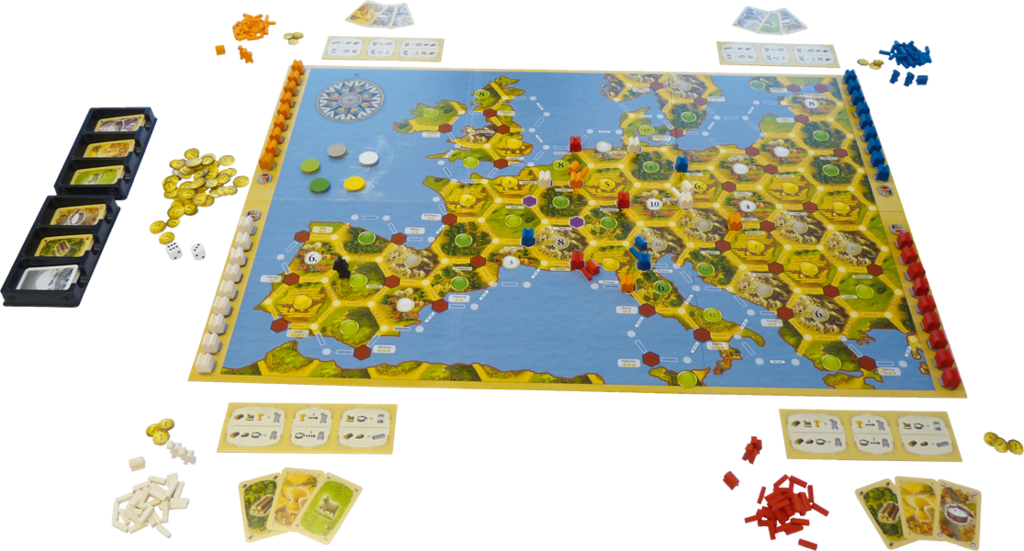 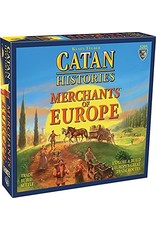 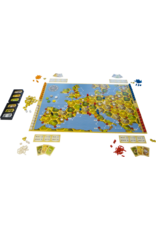 The trading posts in “Merchants of Europe” are the equivalent to the settlements in the CATAN base game.

We start with 3 trading posts in late medieval Europe, which is made up of terrain hexes. At the beginning of the turn the dice are rolled. The terrain hexes produce the resources lumber, wool, grain, ore, and salt. Each player with a trading post adjacent to a terrain marked with the number rolled receives that terrain's resource type.

We use the resources to expand across the game map. In our trading posts, we recruit merchants who establish new trading posts in distant cities of Europe and thus give us access to new resources. We open up new trade routes, along which we send our caravans to the opponents' trading posts.

When the caravans have arrived there, we deliver commodities. And that's what this exciting strategy game is all about: being the first player to deliver all his commodities to the opponents' trading posts and thus becoming the most successful merchant prince.