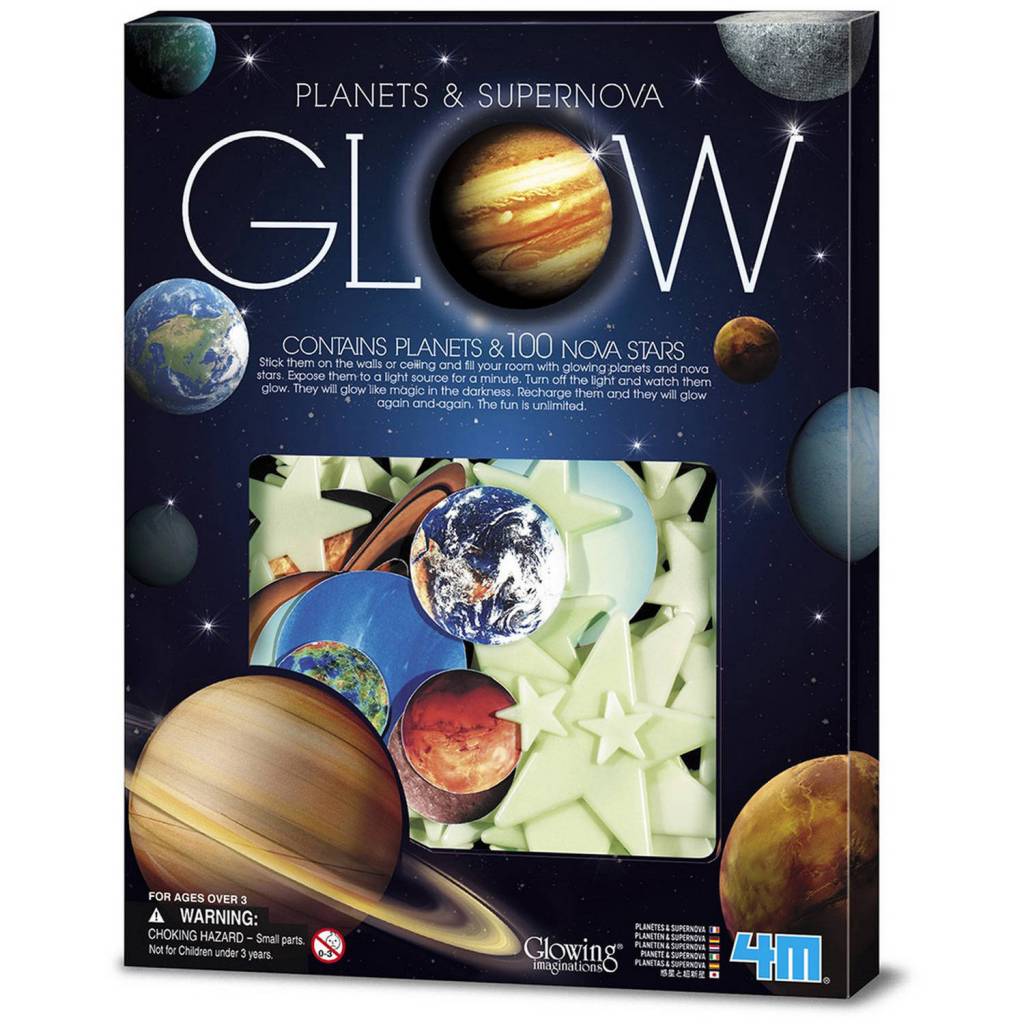 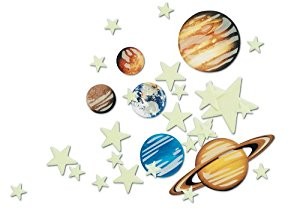 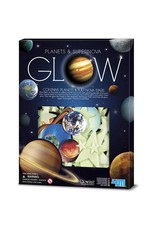 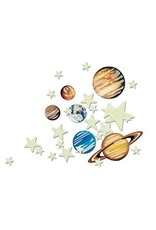 Expose the glow shapes to a light source for a minute. Turn of the light and watch them glow! All the glow shapes contain a special phosphorescent, non-toxic pigment that is mixed into the product during production allowing them to be recharged again and again!

The Solar System consists of a centre star, the Sun and the nine planets that orbit it, one of these being the Earth. All of these planets are held in place by the massive force of gravity of the Sun and all orbit the Sun in circular paths in the same direction. There are also smaller objects that orbit the Sun in the same way such as asteroids, comets, moons, meteoroids and even dust. All of these objects and their orbit paths from our Solar System, which as a whole orbits the centre of our galaxy. Package size is 11" x 8 1/4".

Recommended for Ages 5 years and up.