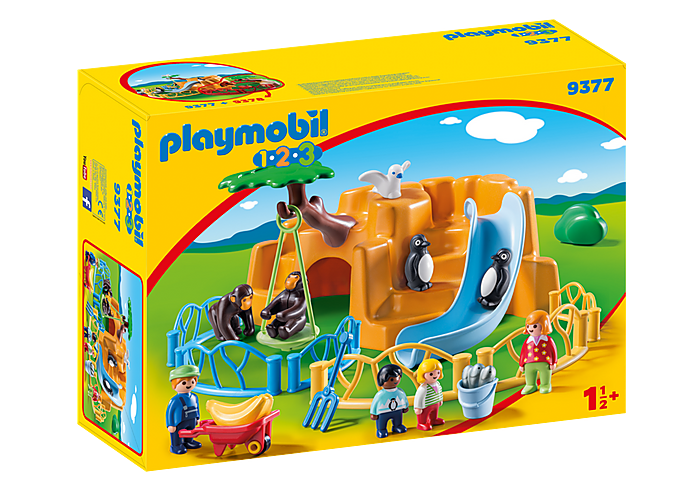 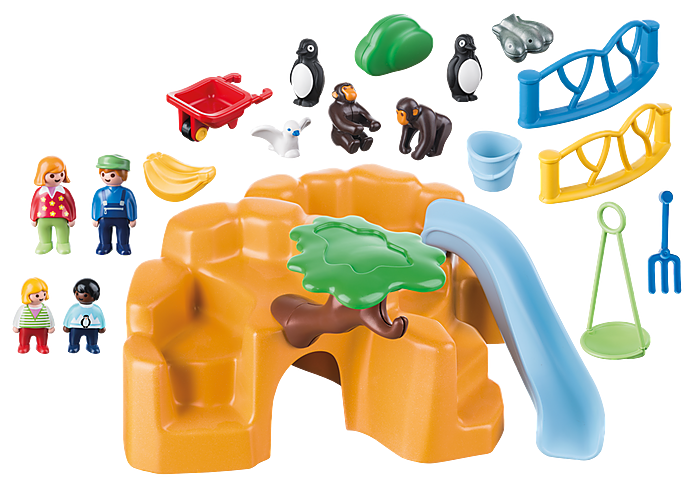 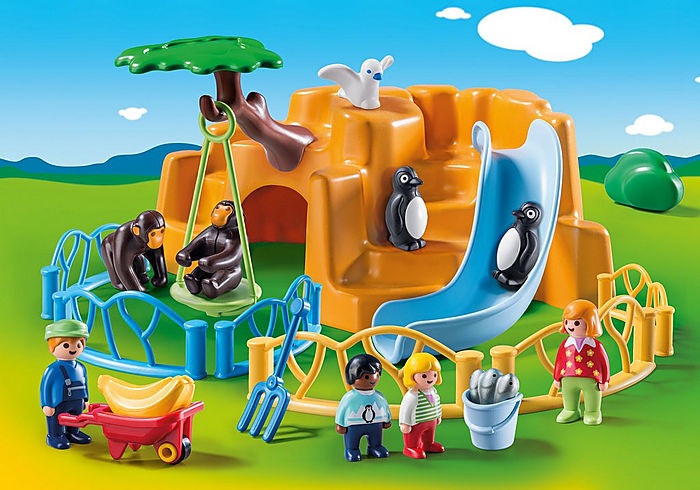 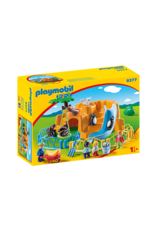 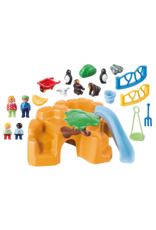 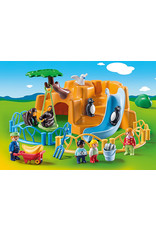 The zoo consists of a large rock which, combined with the six fence elements, forms separated monkey and penguin enclosures. Two separate caves are located inside the rock, accessible from two different entrances.

The functioning swing for the monkey can be attached to the tree. The wheelbarrow can only be pushed by a 1.2.3 adult figure (child figure not possible due to its height).

This set is best combined with:
9378 Lion Enclosure
9380 Zookeeper with Giraffe
9381 Zookeeper with Elephant
Add your review
0 stars based on 0 reviews